Does working in IT bring its own extra stress factor?

Recently I watched a TV show “Stress – Portrait of a killer” on Australia’s ABC. It explained, based upon research by Robert Sapolsky and others, that people lower in the corporate hierarchy, in general, have a higher level of stress.

Bashir Mamdani reports in  “The social hierarchy of health”

Two different models have replaced the old idea that managers at the top of the hierarchy are under more stress than people below them. The demand control model posits that stress at work is not caused by how much demand there is, but how much control there is in relation to demand. The second model suggests that imbalance between efforts and rewards are the determinant of chronic stress.

This made me think. Since IT in most organizations is a service department and does not have a purpose by itself, would that make IT staff feel to be lower in the ‘hierarchy’. And if so, would that induce more stress with IT staff?

On websites such as CIO.com you read much about CIO’s who need to change or the great divide between the business and IT. It seems a relentless battering of IT not meeting the expectations. Though we (us in the IT industry) are convinced that we have an equal strategic and operational role as any other department, in general we are positioned lower in the hierarchy: as a service provider and to deliver what has been asked for.

Would the position of the group transpose itself to the individuals in the group and therefore cause a higher stress factor? It probably will to certain extend, depending on your role within the group.

I can imagine that it would apply to IT service desk staff who, for example, support desktops and have face-to-face contact with their customers. Not only are they at the end of the production line of IT solutions, they can feel being positioned within the IT department as being lower in rank and on top of that also have to deal with all the quirks and whims of the users within the business when things are not working correctly (or do not seem to work correctly).

I wouldn’t be surprised either if the same would apply to the CIO in comparison to his C-level peers. Or to other IT managers within the hierarchy who need to deliver the services to the various departments.

On the other hand, many other IT staff who have less interaction outside their own organisational structure, would have the ‘normal’ stress as per ‘normal’ hierarchy. In some cases I could image you would feel having much control, specifically if you are a specialist. Being the specialist allows you to be creative in your field and control what you do and how you do it, while most others might not even have a clue what you are doing.

But there can be other stress inducing factors as well. For example, I found in the past that Database and System Administrators quite often came across stressful and tended to smoke more than for example software developers. That is of course not a scientific observation and just more in relation to the people that I worked with at that moment in time. But I felt that I could explain the difference. One of the factors that I thought of is that they are responsible for keeping production systems running and to apply changes to production systems. This has direct impact to the business and introduces a higher level of stress. 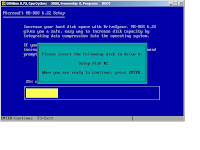 Another factor I considered was that they quite often needed to wait for the computer to perform their tasks. Remember the old days where you needed to swap floppy disks to install software? “Please insert disk 3 of 12 ....”. Waiting for the computer to finish its task gets already annoying when it exceeds 10 to 30 seconds and usually we want things to happen within 3 seconds. But waiting 5 to 10 minutes or sometimes even longer up to hours and having no idea how long it will take, is very nerve wrecking. You could see them tapping with their fingers or rolling their cigarettes while waiting.

On the other hand, I felt in the past that I, as a developer, had periods that I did not feel much pressure coming from management or ‘the hierarchy’. Even periods that there wasn’t too much project pressure either. Any stress that you could identify was more self induced in relation to career development or induced by peers. You had full control over the architecture and design. It allowed for much freedom in your work.

Those aspects for the Administrators and Developers above are more related to the specific profession and not as much with how the IT department is positioned within the organisation.

A more general concept comes to mind. Do middle mangers have more stress? They need to satisfy their bosses, their subordinates and their customers or peers. It is a concept that I heard from many colleagues, either jokingly or seriously, but there seems to be enough writing on the Internet about it to support the concept.

Middle managers can also be the cause of stress within the organisation due to the fact that too often they have grown into the senior role without being properly trained on all aspects of management.

If a dedicated business project manager is not an option, I tend to prefer to take the lead from the IT side and accepting the risk of increased pressure and stress caused by the lack of control you will have over the business side of the project. The only way to compensate is to create a good relationship and team atmosphere with the business and optimise communication.

Organistional maturity is probably another factor in work related stress.