Bring your own identity (BYOID)

The other day I watched a bit of the movie "Minority Report" on tv. The movie is quite often referred to as visionary with respect a gesture based interface for computers. That made me think whether those sci-fi movies do predict the future accurately or not?

Watching a Star Trek show on tv made me realise that they got the tablets right. You see them walk around with tablet like devices. But what struck me was that they pass on the device in order to pass on information. In Minority Report you see that as well. A glass like plate is passed on to move data from on terminal to another. 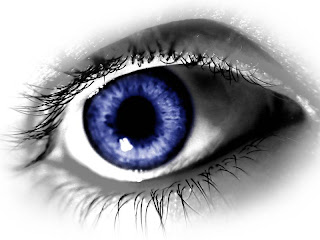 We know now that this is not necessary. Information will be available regardless the device. If you want to pass on a report to your manger, you will use a workflow tool. These days unfortunately that is in most cases still email where we create a copy of the original file. But I will have good hopes that somewhere in the future we have progressed beyond that.

So they got it almost right. It is also a  inconsistent since the rest of the movie/tv show relies on the fact that information is available anywhere. Probably it makes a better movie to have actors to move devices around. On the other hand it is good for us humans to remain active, unless we all have sufficient time to participate in sports and other activities on a holodeck :)

Ever since I worked with the Internet and used a mobile phone, I felt that you don't need to bring your own device. Devices that give access to the cloud and therefore any computer system including that of work, will be ubiquitous. You just need to identify yourself. The other day I read an article somewhere and this concept was referred to as Bring Your Own IDentity.

For those who have accessed their work environment via Citrix, this should sound familiar.

But there is more to it and something I did not consider too much in those days and that is that people will have multiple identities in the cloud. We probably want to avoid to login constantly with a different account. It means we login once and present ourselves with the respective persona depending on the role we want to play. For work we represent ourselves in the role we have at work and we will have access to the respective data and systems. At the same time we can play a role in our personal life, say on Facebook. When we leave one company and start working for another, we disconnect from the one environment and connect with the new persona to the new work environment. The war on who controls peoples identity has already started. You see many websites these days that allow you to login using your Facebook account.

It is easy to see that there are many challenges to be addressed to make this reality from a business perspective for employees. But given the speed of how things go these days, I am curious to find out how long it takes when this will become common practice.

When it comes down to the predictions in Minority Report, we see Tom Cruise his eyes are being scanned to identify himself. This scanning happens wherever he goes and his identity follows so he is confronted with targeted advertisement wherever he goes. Star Trek uses voice recognition. When will my fridge know what to present when I look at it? Will it scan my brain pattern and recognise what I want to eat or drink? Probably not, since that would mean too much infringement of privacy because what my fridge knows, the cloud knows. Though you never know... If you see what people publish on the web. Young people don't really consider privacy issues and the impact it may have for the future. And those people will be adults one day.