The other day I caught up with some of my old team and some old colleagues. I was pleasantly surprised how many times I was told that they missed me. Not just to be nice, but they genuinely seemed to indicate that they felt that things ran better when I was there. Not only operationally but also with respect to the team atmosphere. 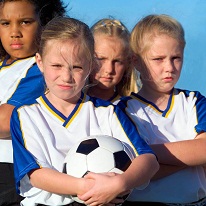 Yes, I am proud what I was able to achieve with the team over the years. Of course this was not just my own doing and I must say that the CTO that I worked with for a long period of that time was crucial to this as well. We both worked well as a team which had its reflection in the whole IT team.

There are many theories of how to create highly effective teams and without really aiming at it or even being aware of all the theories, we executed accordingly. But one of the key elements of the success was to look at the strengths and interests of the individual and adjust the processes and procedures to this.

By nature I like formal rules and procedures, but as being a real Dutch person, I also easily move away from them when it suits me better. When I started in my previous job, there was much of the traditional chaos and lack of formal procedures. Over the years we implemented the formal procedures according to the best practices and though some team members changed over the years, we can say we went through a cycle of storming, norming, forming and performing. A process that took years. The norming phase is for example the period that you implement ITIL. You start enthusiastically and implement the rules. But it takes a while before you have found the right modifications and adjustments to suits your situation.

When you perform as a team, you need less rules because people are attuned and have made certain processes second nature and have filled in the gaps and figured out how to work with specific individuals that will lead to the best results. You have learned not to push the square peg through the round hole but first to mould it so it fits better. Procedures and methodologies sometimes just seem to do that: pushing the square peg through the round hole.

If you then bring more formalities into the team, this can actually be counter productive. Besides the fact that a team always consists of a variety of personalities, I think I was able to find the right way to assure to keep those personalities in balance. Not strange of course, considering that I was able to pick most of the people in the team and that over the years natural selection took place of people that were able to work together.

In the end it is not you as manager who deserves the credits, but the whole team. So I thank you all for a great time and great achievements.