Green IT does not exist

Though we can do our best to reduce unnecessary use of energy in our data centers, I don't belief that "green IT" exists.

Each time when I hear the term "green IT", I see around me simply more consumption of IT equipment, gadgets and more energy consumption. I just bought a refill pack for soap and had to pour it in the bottle. The idea around those refill packs is that it saves on packaging material. But I wonder how much greener this all actually is. When I was pouring the soap into the bottle I was a bit clumsy and the first lot did not really go into the bottle. That was wasted soap. Then you have the situation that it is difficult to squeeze all of the last bit of the soap out of the refill pack. In total there was quite a bit of waste of the soap. Quite often I feel that packing is made such that it is difficult to get the last bit of material out, resulting in waste but increased sales for the manufacturer. 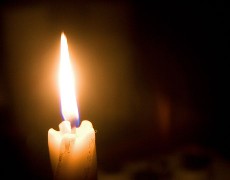 With IT it is not much different. Buying MS Windows forces you to buy more software such as anti virus software. And you need to upgrade to the latest versions which make your computer run slower which in return will stimulate you to buy a new computer.

I work here on a 10 year old computer. With this I am pretty green, I think. I haven't participated in the race of ongoing production of new computers. When I bought this one, I picked the most powerful that I could find at that time. Over time I did need to upgrade a bit and downgrade some of the software. Turn off and uninstall some unwanted features and software and use it for its original purpose. It means that I don't use it for gaming.

To resolve the gaming needs for my kids, I bought a dedicated game console. Now we have two machines turned on the whole day consuming energy. So how green am I really?

In the corporate environment it is not much different. We are a bit late on replacing PC's in our office. You could say that saves on computer consumption. But because it takes more time to boot your computer in the morning, nearly everybody leaves the computer on overnight.

Our constant need for more IT exceeds any of our attempts to reduce energy consumption and make more energy efficient technology. Our "green" awareness has its limits. When the annual Earth Hour is on, our kids are very energy aware. But a few days later, I have to chase them to turn off the lights in their bedroom before they go to school. The same applies to us as employees. We all think Earth Hour and reduction of energy consumption is good, but as long as it does not mean that we need to turn our computer off a the end of the day.

Saving energy is the responsibility of the guys in the data centre and we don't want to be held responsible for turning off the lights at the end of the day either.

And then there is the other side of the production of IT equipment. Key components are created with tantalum which is produced from coltan. And the problem here is with the mining of coltan. Most of this comes from legitimate mining locations around the world but some can come from Congo funding the civil war and threatening the habitat of gorillas. It is not that the IT industry wants to be part of it, but it remains important for us all to be aware such that manufacturers and their suppliers are stimulated to work down the supply chain to stop flow of the material from Congo. It seems difficult to do something about this. Maybe sponsor the World Wildlife Fund.