Solving problems can sometimes be so incredible easy. Just follow the recommendations of El Salvador (J.C.): 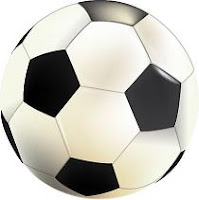 It is a matter of seeing what goes wrong;
point out what needs to happen;
execute what has been pointed out.
All that is not that difficult.
If you do what is being told, then there is no problem at all.

This was Johan's response following some discussions due to the dramatic loss of Ajax FC to Real Madrid on  15 September 2010. It wasn't about the number goals being scored (only 2) but the way Ajax lost.

We can make a joke of this, but we should not forget that Johan Cruyff still has a long standing relationship with Barcelona and that was basically the team that won the World Cup. And given that the Netherlands does seem to have quality players (they were runners up at the World Cup) it is surprising that the Dutch teams are performing so badly on the international stage. Something must be wrong and if no one else has been able to solve it, why not have a bit of faith in J.C?

In other words, if you have been laboring to get improvement and the improvement is not there, why not give that odd view of your colleague or consultant that goes against your own insights a try?